As mentioned in this blog post, I got tinnitus for good in April of 2018. I’d gone to an Eric Johnson concert, front row – and developed a very weird sensation in my ears and head. I should have been smart and left and gone out to the lobby, but I wasn’t smart – at all. I don’t quite know how to put it, but the type of people we’d always hung around with just weren’t the types to leave a concert…  I literally sat there and thought about the peer pressure..  (WHERE did you go?  WHY did you leave?  WHAT is wrong? IT’S ERIC JOHNSON. YOUR FAVORITE!  *I know I know!*)  As it is, at a later concert, I DID go sit in the lobby.  I could still hear the music and see the band, but there was a glass wall between us.  At one point my husband said “Is this even real?”  NO.  No, I do it for attention! You know me.  Man, I was mad about that.

And that’s the thing – people aren’t aware of what you’re going through, you don’t look different. You just apparently look like you’re sitting in the lobby trying to…  what.  Be different?  Be cute? Vying for attention? Trust me, I’d rather be sitting in the venue experiencing the concert without consequences just like all of the other hundred concerts I’ve been to.

Anyway, once I realized I did have tinnitus, I was in search of not so much the reasons why, but HOW TO GET RID OF IT.

I don’t like saying it was a mistake, though it kind of was, but it’s just the natural reaction, you do what people do in the 21st century – you Google for information.  You find a tinnitus board filled with tinnitus-sufferers and you try and educate yourself.  Like “How do I get rid of this horror?”

And the first thing you read on this board basically is —  “INCURABLE”.  And you read some more hoping that was just some disgruntled angry jerk but you read several more times that it’s incurable.  And that you’ll have it forever.  And then my heart broke and I got extremely upset.  By the way, getting upset and stressed is a real key for triggering tinnitus. And as you’re reading this forum for information, the Dragon is hissing extremely loud. It’s like it knows you’re thinking about him. He likes that. He lurvves you to pay attention to him. Because when you do think or read about it, it is THERE. And it, for some 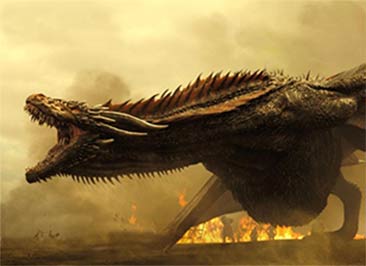 reason, gets louder and louder as you think and stress over it.

It’s screaming a holy hell right now as I write this blog post.  I really hate this guy.

The other really fun third thing you find out (or I surely did) while Googling around is that “For some, it is nothing more than an occasional nuisance, while others are affected so severely their very quality of life suffers. Individuals with the worst cases of tinnitus have a higher risk of committing suicide, according to a new study.” (San Francisco Audiology website)  and information on this page from WebMD titled “Tinnitus May Drive Some to the Brink of Suicide”.  Oh goody, and women most likely?  Terrific.  Apparently I am also at an increased risk of “developing mental illnesses including depression, anxiety, schizophrenia, and dementia, and can trigger episodes of extreme anger and suicidal ideation”  (Hearing Health Organization). I mean, as if I didn’t have enough things to worry about on a daily basis.

The only key is to try and forget it. Sometimes, no matter what – it is impossible. Another thing I read over and over that first day on the Tinnitus Board was “You get acclimated.”  Crap, I DON’T WANT TO BE ‘ACCLIMATED’.  I WANT IT GONE!”  But alas, acclimation is the name of the game. I mean, unless I wanted to experiment with the rest of my body and start taking anti-depressants, like Valium or Elavil, anti-anxiety drugs like Alprazolam, (I can’t even pronounce that) then maybe there would be some relief.  Maybe.  Or maybe not. Or maybe you’d

have more problems after taking anti-depressants when you’re not depressed. Believe me, this does not compute with my deep seated beliefs about prescription drugs. I understand completely that many people need them and that’s fine, but that is the slippery slope I consciously avoid every day of my life.

Trust me, I’ve had my spine fractured and compressed (lost an inch of height – greattt

) from a snowmobile accident and I couldn’t have endured my predicament on any level without the pain killers they gave me for two weeks. The truth is, at the end of two weeks, I took myself off them because I surely didn’t need an addiction on top of my physical situation, something which was just starting to attempt to implant itself in my life. I could feel it, more pills for less relief.  Interestingly, as soon as I stopped cold taking them, I started healing at a much faster rate.

It’s the weirdest thing – I find when I am in my kitchen, it’s almost non-existent. Is it because I’m busy, cooking, chopping, near food?

Is there some magnetic electrical impulse in the kitchen that keeps it at bay?  No idea. But I love it when it’s “gone”.  Things like watching tv, listening to music – I’ve even taken to trying to fall asleep with the tv on very low, it’s usually just enough to obfuscate the hiss and I can fall asleep. Unfortunately, my husband hates leaving the tv on like that (and I don’t blame him) so it doesn’t get to happen very often. I’ve also been taking vitamins for the better part of a year and a half or more, specifically chosen because “they might help” – and I really think they have. I mean, I still have it but..  I think the periods where it is very light or sometimes even non-existent

have increased.  Sometimes  I think I really may be healing…  sometimes I think it will go away (my husband’s always telling me it will) — or maybe I’m just getting that “Acclimation” to it. I don’t know, I just try and do what I can do, and.. keep on keeping on. Being resilient.

———————–
Per the National Institute of Mental Health: “If you are in crisis, and need immediate support or intervention, call, or go the website of the National Suicide Prevention Lifeline (Voice: 1-800-273-8255 or TTY: 1-800-799-4889). Trained crisis workers are available to talk 24 hours a day, 7 days a week. Your confidential and toll-free call goes to the nearest crisis center in the Lifeline national network. These centers provide crisis counseling and mental health referrals. If the situation is potentially life-threatening, call 911 or go to a hospital emergency room.”